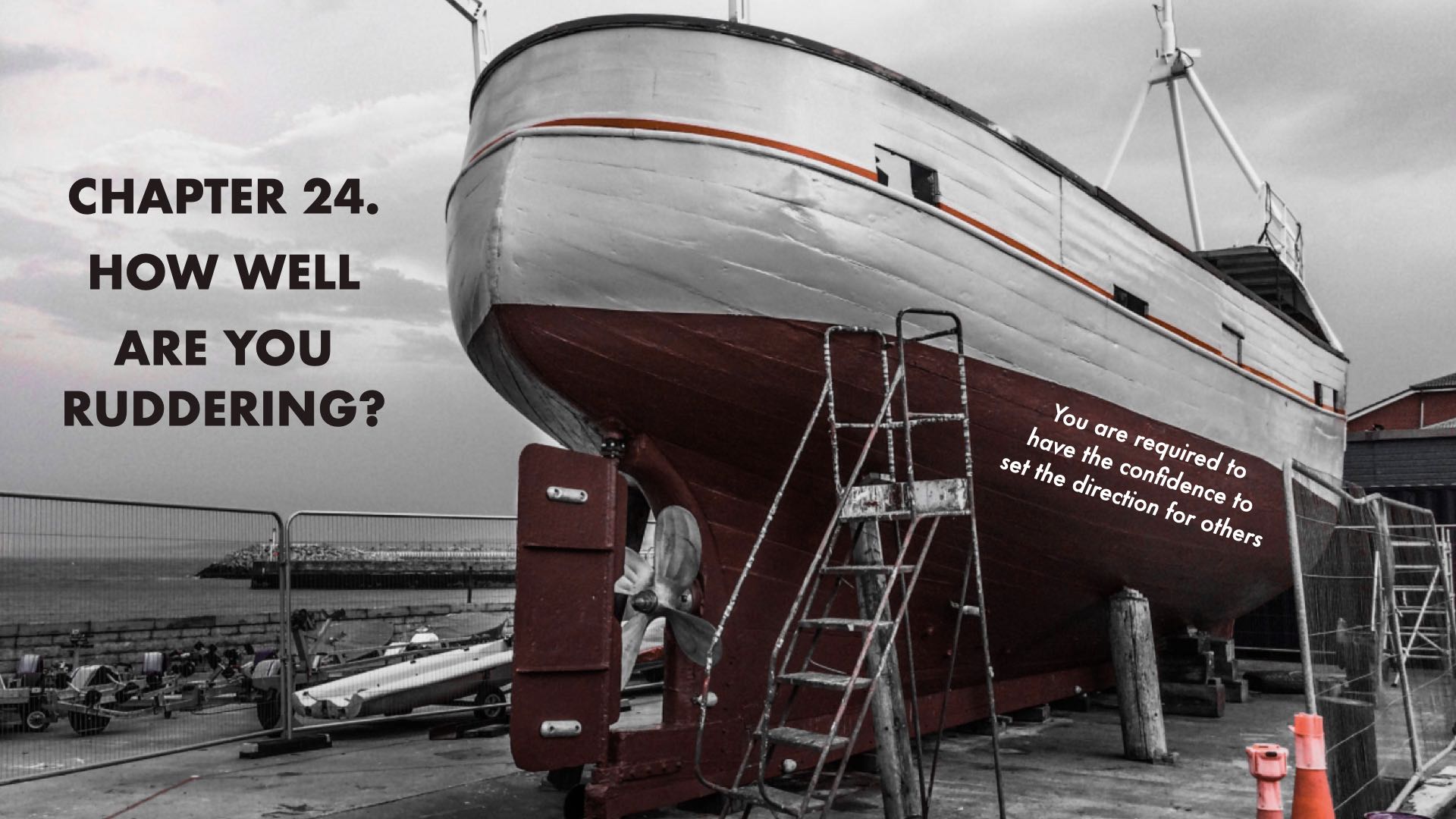 How Well Are You Ruddering?

Many years ago, I was a participant in a CEO group. One of the other members was known for a hard-driving initiative that he claimed ensured results:

Every quarter, regardless of company performance, he fired one member of his executive team.

His rationale was simple. In a team of 8–10 executives, in a fast-growing organization, people will invariably evolve out of their capacity. And complacency — by the team member who is no longer performing, or by the CEO who isn’t bringing in new thinking with enough pace — is a weakness.

The other CEOs in our group told him he was too harsh. We argued that individuals shouldn’t operate in a state of fear, like some corporate version of Lord of the Flies...