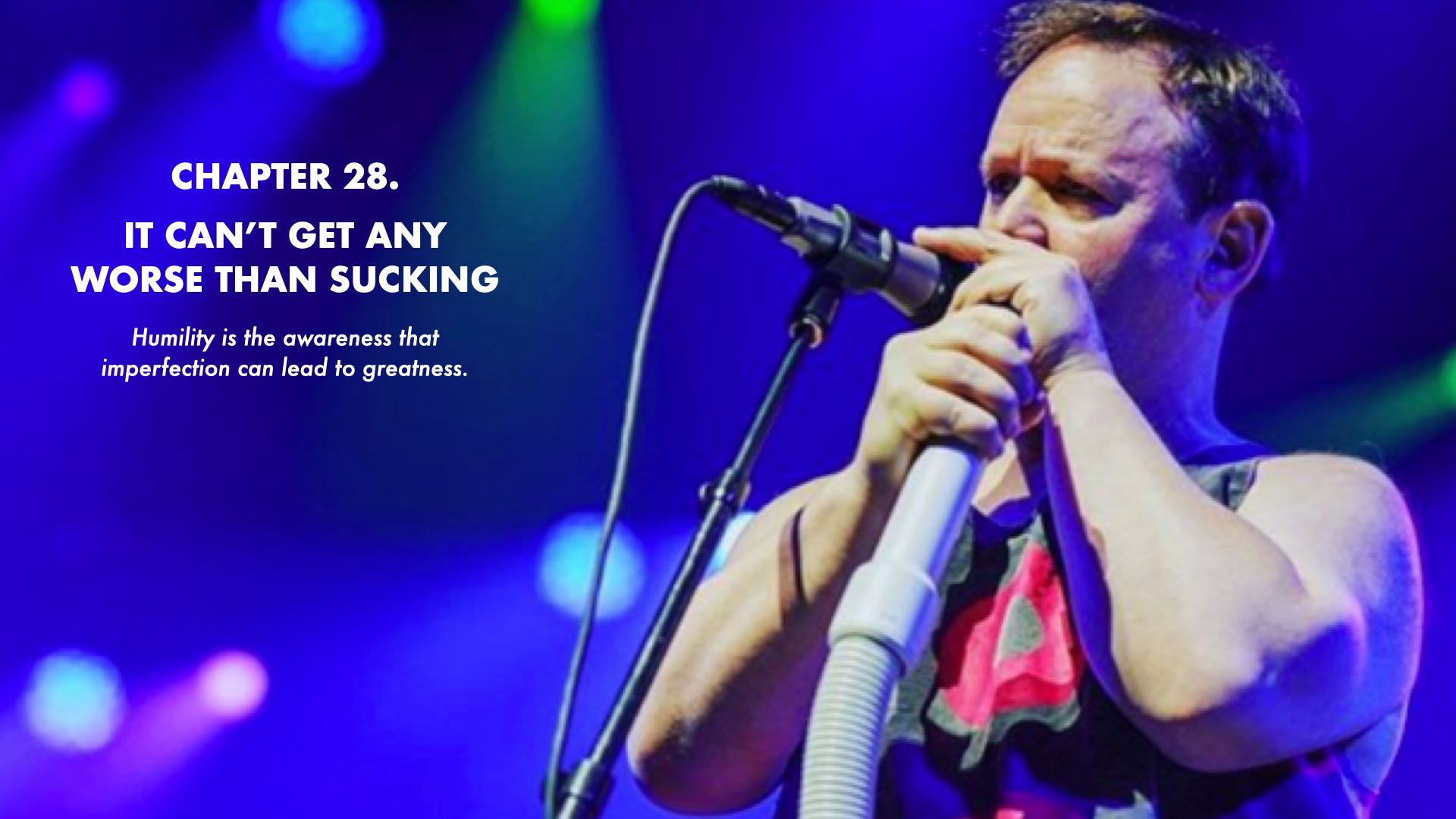 It Can't Get Any Worse Than Sucking

These days, it’s rarefied air to witness someone sucking on a vacuum.

Phish’s drummer, Jon Fishman, actually shares that air with us about once a tour. And when he does — as hard as this is to believe — it’s actually something of a sonic treat: a 3–4 minute blast of guttural, gum flapping vibrations, accentuated with thin-lipped, high-pitched whistling.

Somehow, with the rest of the band holding the tune behind him, it’s all completely in key.

If you’d witnessed Phish in the early ’90s, you’d know that Jon Fishman’s vacuum sucking wasn’t always so perfected. His Electrolux and sucking alter ego, Henrietta, would appear frequently, about once a show. Ironically, his vacuum sucking — it sucked. But over time, Fishman began coaxing timbre and tones from the nozzle of the hose: sounds so unique that one of his vacuums now hangs on the wall in a Hard Rock Cafe...